Pour one out for the old App Store

Posted on September 19, 2017 by Lukas under iOS development | 1 comment

As you’re probably aware, today is the day that iOS 11 comes out! Apart from ARKit, CoreML and the like, it brings one huge change: a completely redesigned App Store.

How it used to be

For the past 9 years, ever since the first App Store launched on iPhoneOS 2.0 in the summer of 2008, the App Store was evolving very slowly. Developers kept asking for changes but most of us were losing hope that anything will happen. But we did eventually get a lot of what we asked for, such as video App Previews in iOS 8 or the ability to respond to reviews earlier this year. That being said, the App Store remained mostly the same in terms of layout and the overall concept.

No one expected this even in the wildest dreams, but Apple dropped a huge surprise at this year’s WWDC: a completely re-designed App Store. It puts much more emphasis on editorial content with its Today tab: a daily set of articles about apps and their stories. The aim being to make the App Store a place that people want to visit regularly again. It has also several other improvements, such as:

With all that, there are also a few quite drastic downsides to this new approach (hence the commemorative title).

Let me preface this section: I want to make it clear that it’s just my personal opinion, and that I have huge respect for all the hard work that went into this by the brilliant minds at Apple.

Perhaps my biggest complaint is the drastically reduced information density. You now see fewer apps in the viewport. Plus, at the Today tab, you see just one featured app at a time. This means two things: if you get featured – hooray! Great for you. But it’s now much less likely to happen. In a way, it can end up promoting the ‘rich get richer’ environment. 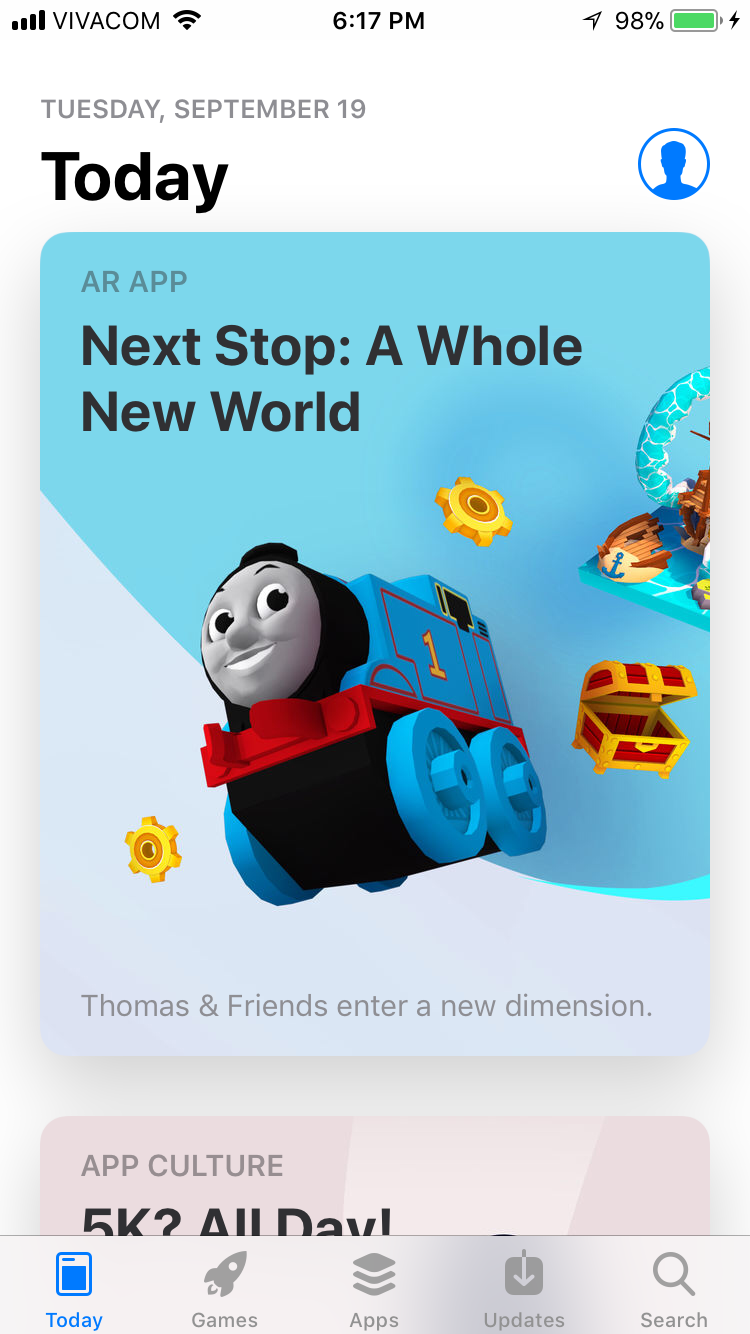 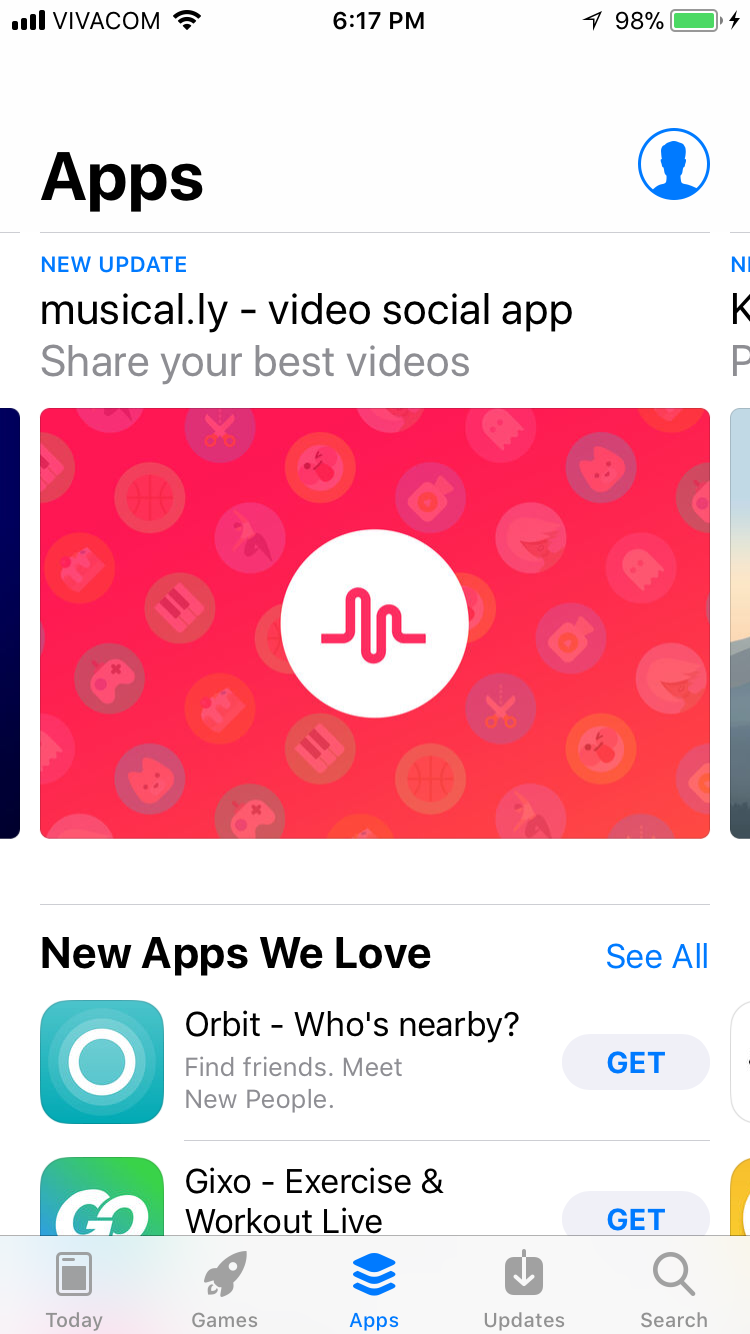 Second one has to do with the product page – it now shows reviews from customers on the main page, which is nice. The problem is, there’s one “featured review” that gets shown first, and it’s solely up for the App Store’s algorithm to decide which one to show. In my case, it chose a 1-year old review, even though vast majority of my reviews are 5 stars. For paid upfront apps, the effect of this will likely be drastic. Showing an unfavorable review first (even when it’s an exception) has likely similar effect as showing a “Don’t download this app” badge. Here’s what it looks like: 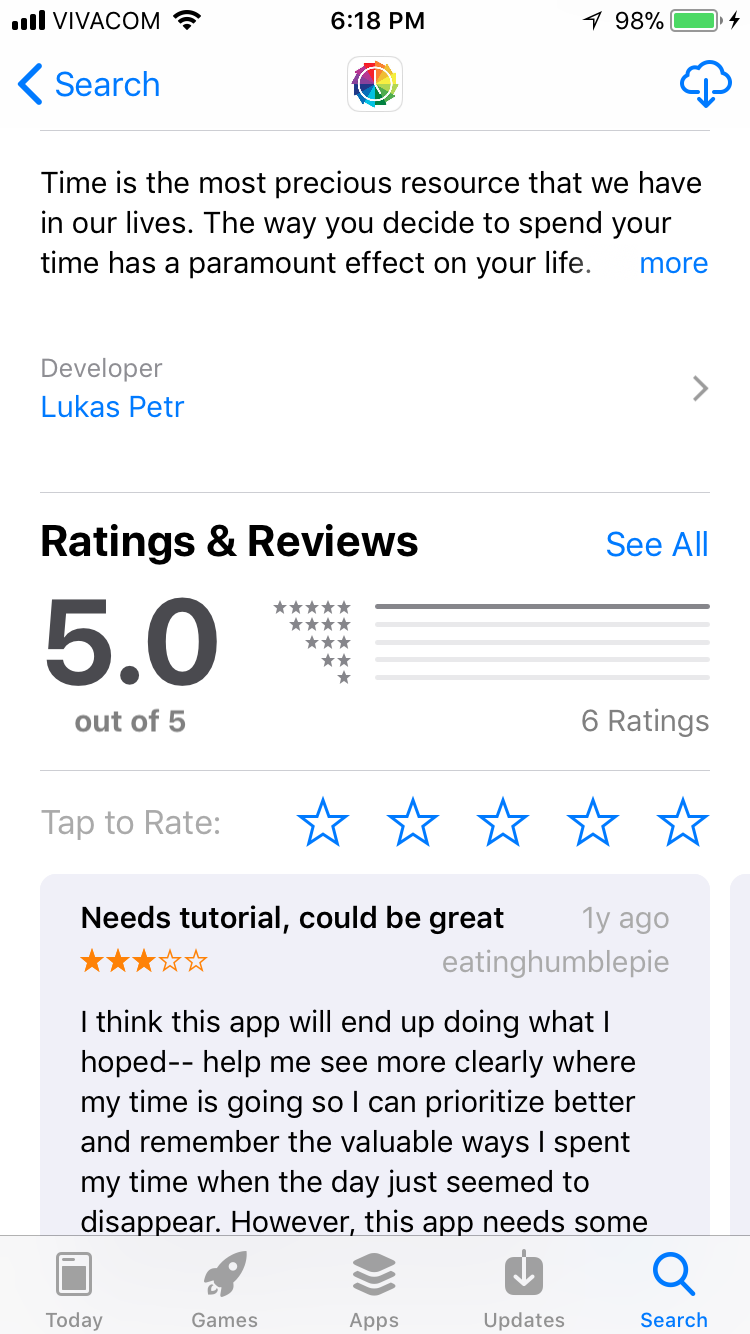 Contrary to what was said at WWDC, the new App Store actually has smaller amount of curated content at any given time. Why? Because all the carefully crafted lists inside individual categories are now gone. For example, here is a sample category structure on the iOS 10 App Store:

Inside of Finance category, there are 13 collections:

That brings the total to 150 apps. In the new App Store, these collections are replaced with a single row of featured apps (3 banners), and then an Apps We Love section, which in case of Finances totals at 18 apps. The other 26 categories show a very similar story. This makes a whopping 86% decrease in the number of featured apps within categories. Now, I know what you’re thinking – yes, it must have been a pain to keep all those categories fresh in all international App Stores, and yes, since there are so many, it was a small percentage of the total number of visitors who ever discovered these, but that’s not the point.

(Finances category now vs. before) 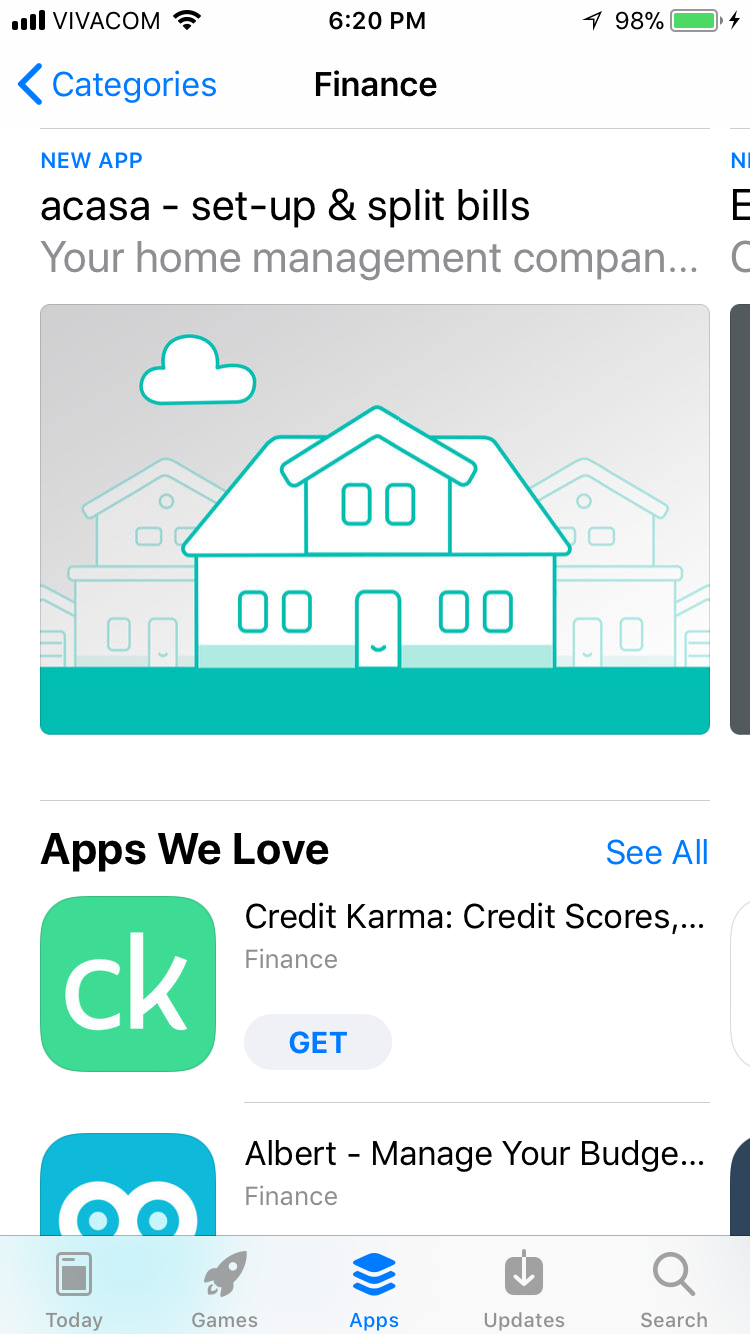 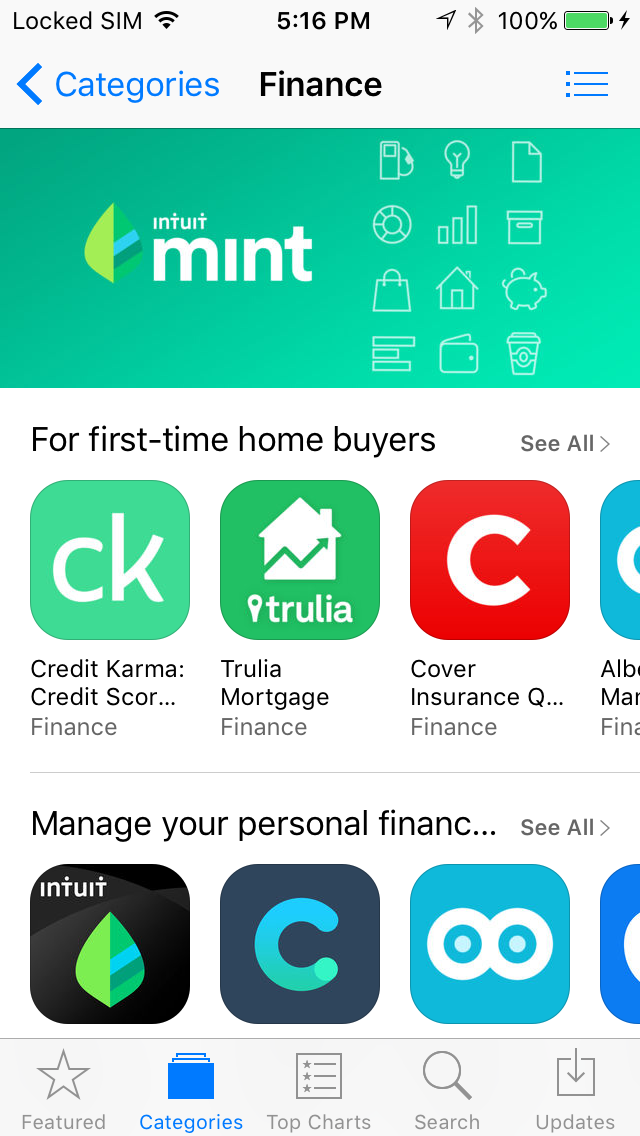 (Sidenote: my app Timelines has been featured for the past year in Productivity -> Track Your Time, so I might be slightly biased) 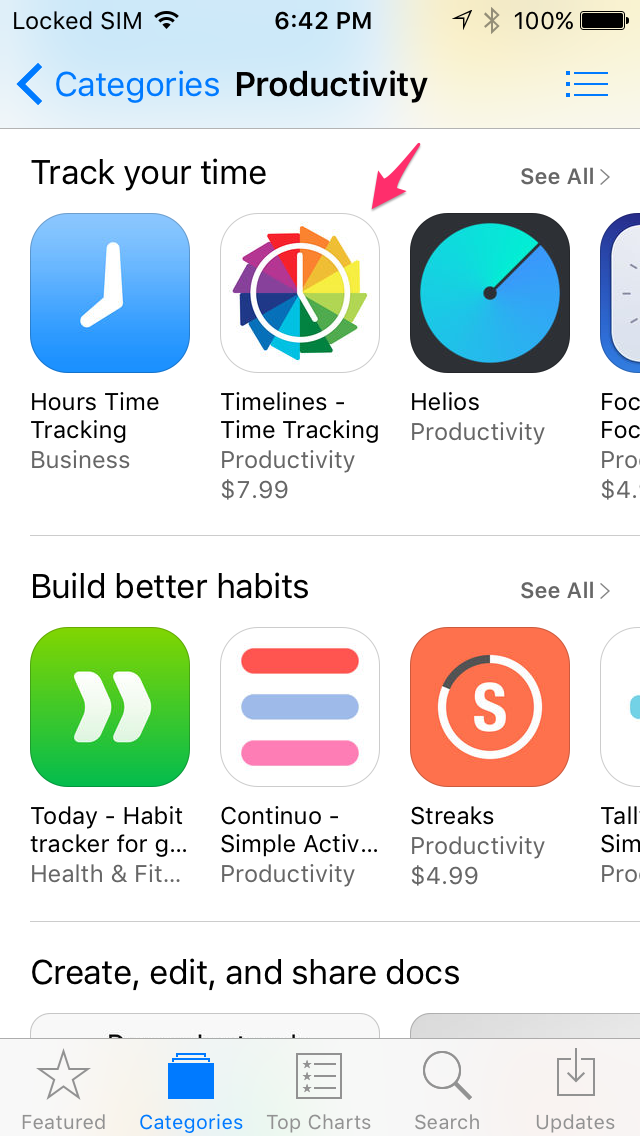 My point is that a lot of people who visit the App Store go there with a specific goal in mind. Either they know the name of the app they want, in which case they use search. Or, they have a use-case in mind that they want to solve. Before iOS 11, they could go into the relevant category and then browse through the curated collections. Chances are they’d find what they needed there, and everyone was happy. In the new App Store, they can try searching for a generic keyword, in which case they get a list of apps which often times won’t be all that helpful (while the Search algorithm got much better over time, it has still a lot of room for improvement). Or, they can hope they will get lucky and that the app which matches their needs happens to be featured either in the Today tab, in the Apps tab or in the ‘Apps We Love’ section of the relevant category.

In one word: Discovery. The new App Store definitely tries its best to help with it, and if people really get into the habit of visiting the App Store daily, then it will be great. But if people are not looking for yet another magazine in their life, but just want to occasionally find something that solves their problem, this redesign might not be the answer.

I guess we’ll see how it all works out soon enough! I hope this post didn’t sound too skeptical. It’s just that it makes me slightly sentimental, and there’s also the question of how will this affect my livelihood.